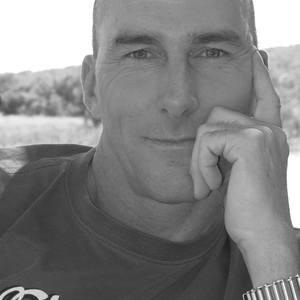 Hi,
I was born in Johannesburg in 1966 and grew up here. I moved to Durban at the age of 15 and and worked part time at the Dolphinarium and the Snake Park. After school I did 2 years compulsory military service and then spent the next 20 years working in the wildlife industry on various game reserves and also did a couple of stints filming lions and hyenas in Botswana in the Okavango Swamps and in the Namib Desert. I have always dabbled in creative endeavours whether its drawing or photography but really only started sculpting in bronze in 2000. It's something that lay dormant since the age of 7 when I saw a bronze Native American which ignited the flame. I am totally self taught and have never received any formal tuition. This perhaps made my initial forays into sculpting a little clumsy but the more I sculpt, the more I evolve my techniques and ideas. My progression is very organic. My favorite subjects are the Nude (because it showcases all of the beauty, form, shape, light, shadow and intrigue perfectly), African wildlife because I have spent so much time working with animals and Native American themed subjects as I have, since my earliest memories, had an acute affinity to them and their culture.

Once I left school I began my education and never looked back.

I have had several exhibitions both in Johannesburg where I now live and in Durban.