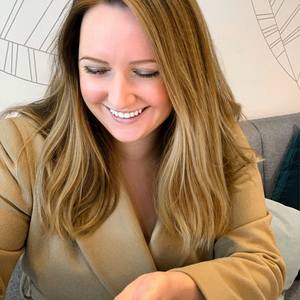 Olga Andrievskaya was born in Krasnodar on November 25, 1981, and lives in Moscow.

She had a project of a virtual performance exhibition named "Initiation of Love".

The first collages date from 2001.

Collage. Set colored paper from glossy magazines. Monochromes. Connected in templates. In some paintings there is an internal drawing with text, a guided motion or a unifying visual context-plot. Assembled from the centre or along inner lines with squares, diamonds, stripes and other shapes.

"The Mazes of Time"
“The cycle”
“Experiments”
“The still-ilife”
“Cities”

“I enjoyed the experience of meditative immersion in the picture, when the boundaries of reality were blurred and the view went beyond the horizon of consciousness, turning objects into conductors of one's own inner world.
Patterns application dissolved the boundaries even faster. Absolutely different pictures, objects, transformations, and worlds can be seen from different angles and distances. This is the magic of consciousness playing with form and color.

I liked working with colours and shades more than with the form, so the texture of the colour specified my choice of material for collages. Colour paper seemed boring and primitive. I was looking for a material that would convey not only the colour, but also feelings, such as tactual, audio, olfactory, physical sensations and sensibility.
A material that would synthesize chemistry and physics, target directly at the heart, the brain, body muscles, and open up human information fields.

Some works are connected into diptychs and triptychs. This method is used to guide the consciousness from one object to another, so one can walk, jump, make quantum leaps around the objects.

The goal of the collages is to reveal your own inner world.”

Graduated from the Private School of Collectors and Experts | School of Art at Vinzavod in Moscow, 2011-2013.

In 2012, Olga successfully defended her exhibition project called "Still lives with meat: from sacrificial meaning to kitsch and absurdity" by Kirill Svetlyakov, a curator of the Tretyakov Gallery, the Newest Trends Branch.

She took part in the group exhibition:

"Character of a Woman" held by Russian young artists in Montecatini, Italy, in April 2018.
“Selection art Show” in Los Angeles, US, in May 2019,
“Collages & illustrations” group exhibition W&P Gallery in Moscow, Russia, in May 2019.