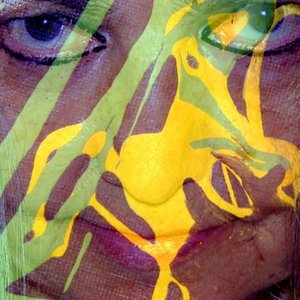 Born in in Zhytomir (Ukraine) Artist PainterI'm seeking to express myself searching for identity and the place in the World. Absorbing all outside information with full excitement, I'd like to add something of my own. Picasso wanted to see the object from many different angles at the same time. That made me think about going even further - what if I go in all directions: inside and out and so on... Observing somebody's face I realized that nothing stays in it's own place, like we know in logical-biological reasons. Everyrhing was in constant movement not only because the face was talking, but also because it was full of feelings. I became involved observing those changing forms and they became the dance of abstract shapes in a fractions of the moments. My intuition told me to "see" feeling in forms. My perception of the person went above physical boundaries. I painted by constant oscillation between outside and my inside, trying to catch this kaleidoscope of shapes. By organizing the canvas, the natural formform was deformed and it became clear that my psyche have important role in the construction. What happens under my closed eyes can only be said in the painting itself and I have to let it go. My psychological eye "see" differently from the eye of the camera. The process between the mind and the splash of paint is the place where the magic happens. Even if sometimes I made deformations fo fun, at the end I could see that I learned something about myself and the world, more than I knew before. I have two love stories in my life.. One is art, another is my husband, a fellow artist. Our love became love for art. We discovered togetherness in creation, the support and mutual demand for total devotion and quality. We believe that our level of achievement i the result of our friendship Lately I'm experimenting with digital photography using texture juxtaposed in layers. They everywhere as part of our surroundings. It gives understatement to the form - playing with our imagination whether it's a erotic fantasy or deeper reflexion. It gives a viewer room for participation -interpretation. Imagination enhanced by accidents brings a meaning of the unexpected.

Born in Russia,raised in Poland, where she met a fellow artist at the Academy of Fine Arts in Cracow and later married him. They left Communist Poland for political reasons and took asylum in Paris.

In 1974 couple was invited to New York City by textile company and offered a position of designers. In 1997 Emilia participated in her first US exhibition at the Dimock Gallery at the George Washington University in Washington,DC.

In 1986 came back to France to study in the European Museums. Between 1987 and 1994 she had several exhibitions at the Museums of South of France, Monaco, Gallery La Spirale in Prato, Italy and Foundation Paul Ricard.

In 1995 she received private grant from an collector from California. In 1997 came back to the US, to Phoenix, AZ. From 1997 showed her work in Phoenix, Los Angeles, Santa Barbara and solo exhibition at Dinnerware Contemporary Art Gallery in Tucson, AZ.

2001 was the turning point in her art, as she departed from narrative to the psychological inspiration toward abstraction of feelings leading to the discovery of her New Form. In 2006 she moved to South Carolina to be closer to NY art scene. In April 2007 she had Retrospective exhibition at the Greenwood, SC Museum. Now working on the New Form .