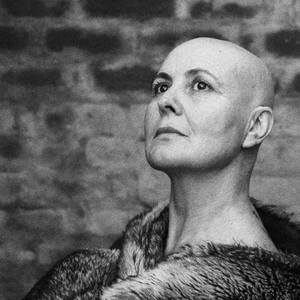 South African born artist, Salomé Holloway(1964,) has lived for over 50 years in South Africa. Art is the medium through which she expresses thoughts, insights and experiences that are not easily translated into words. Her mixed media work varies from quiet to dramatic. The process of her creation involves an attentive and sensitive examination of aspects of herself, the other, and of the world - seen and unseen - around her.
Salome’s art work is an ever evolving, intuitive process. She applies paint to the canvas without a preconceived idea of how the composition will evolve. Figures, symbols, form and movement emerge out of the white expanses of the canvas, forming graceful simplicity through implementing a minimalist palette and strong contrast between light and dark. Some of Salome’s works are highly experimental and she has been referred to as the Queen of Textures in her local Art circles.

Texture and touch are the mediums through which Salome believes that the possibility exists for the viewer to become part of her dynamic yet delicate, and enduringly thought-provoking work. Her fine use of line makes that which is invisible, tangible. Salome’s work calls the viewer to embrace their own world of feelings and emotions on a deeper level.
While Salome favours abstract compositions, in some of her pieces there is reference to figuration: This figurative element has a symbolic, near-mystical value. This artist’s diverse works range from the transcendent elements to deeply earthy assemblages .
Living a nature-filled, creative and meditative life in Hermanus - a coastal town in South Africa - Salome works spontaneously, freely interpreting wood, stone, metal, concrete and colour in ways that suit her aesthetic sensibility. This strong connection to the elements of life and nature can be found in most of her works. Her refined approach is to capture these heavy materials, and to transform them into elegant, even weightless, elements in her compositions.
In addition to being an artist, Salome is a designer and transformer of the mundane. Fashion is a strong element and vehicle for her self-expression. Several local photographers have captured her inner journeys as expressed through her outer appearance.
Salome’s art has featured in many of South Africa’s Overberg towns and galleries - Hermanus, Sandbaai, Botriver, Paarl and Napier. Her well-travelled, bohemian spirit has a resonance with the European connection, and her dream is to touch the seams of the well-worn, dressed gallery of the Peggy Gugenheim museum in Venice.