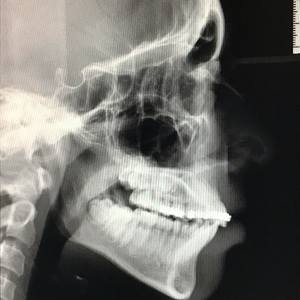 This island is a neutral meeting point for those initiated regardless of their alignment. With enough resources, it also has connections to other places not mentioned such as Sabara. I had managed to evade him either because at the time he couldn't access the island or he had lost track of me. In either case I took my time there and it was years later just before the Great War that I ran across him in Kabul. ...

Having failed to convert the tribals to support the Germans, I fled the scene with him on my tail. We had a major fistfight in Ulanbaatar and then a deadly card game at the Corpse Eater Inn by the Everlasting Graveyard. I lost and was banished to Sabara for a long time. It was his expedition there that I used as a pretext to escape.

I studied International Relations and Business Administration. I don't have any formal art education. I started taking photographs with a borrowed Pentax SLR from my uncle in 1980s. I learned darkroom techniques, took photography as an elective and at the end of the high school made a decison to apply for the art school. I did and was dragged through tests due to the placement system in Turkey which I eventually flunked as my physical sciences were not adequate. After that incident I gave up photography for 10 years and later took it up with full conversion to digital since 2002.

Recently I was told that I am not an artist because I lack a motto, an artistic problem and hunger.

I agree with the perspective.

I just don't like mottos that much - they give me a feeling of being stuck, a constant craving to be updated that rarely happens on time.

I also don't have an artistic problem. I feel unburdened to prove anything. I remain neutral among styles. My problems are not artistic. They are economic, political and social in nature. Primarily wealth distribution, political representation and inclusion issues. Whether I produce art or not has no bearing on my perception of these problems.

And as for hunger.. I do not want that. I do not wish to be taught by lacking that which I or my close family needs. Way too old for that..

Perhaps it's fitting to conclude that I believe in the wisdom of the crowds in as much as its accuracy rather than its wisdom. I am indifferent to most absolutes. As beauty is in the eye of the beholder, whatever I am is effervescent, adpative to the perceiver - be it a bullshiter, an artist, a thinker or a coffee house philosopher.