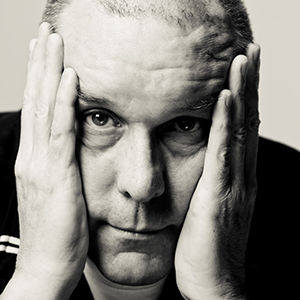 About Jay Worth Allen

— Artist Statement —
I was born. When I was about 6, I started drawing. Later, I started painting. That's still what I'm doing.
What I know, I put into my work. I am interested in visible or tangible things that ARE, rather than Opinion. In my work, there are pre-formed, conventional, depersonalized, factual elements — impartial objects. I am concerned with the wholeness of a thing remaining within the boundaries of knowledge.
It is within this boundary that I strive to conceal and reveal known objects at the same time. We have an existing language of words, signs, symbols, shapes, formulas, treatises, poems and the like — whole bodies of belief and knowledge that can, presumably, describe and penetrate anything and everything. Yet, I am forced to recognize that the system which enables me to form a piece of art and to think coherently cannot define how I uniquely think or feel, or even how I picture myself and everything outside myself.
The plane of my work has always been real things — REAL MOMENTS RESTING IN TIME, where the ideational and perceptual worlds intersect to form image, idea, icon, and space, and — where I, and therefore the viewer, is projected through to another reality.
Technique is inextricably tied to the content of my work. By working in all mediums, I work with numerous techniques. As a painter, acrylic is my medium of choice. My 3D & sculptural materials range from chicken wire to wood to concrete blocks to whatever material I find in my field of sight. The methods I use in printmaking (woodblock, silkscreen, blueprints, lithographs) all combine multiple processes. For me there is no hierarchy among these mediums and techniques; yet, drawing is the foundation for all my work. It’s is the way I speak the best, the clearest.

— Brief Bio —
On March 6 (the anniversary of Michelangelo’s birthday), J. Worth Allen (“Jay”) was born in Daylight, Tennessee. He grew up in Austin. Studied in Memphis, London, Oxford, New York, Los Angeles—. Has exhibited in New York, Texas, California, London, Edinburgh, France, and beyond.
At 16, he was accepted into the top 3 art schools in the nation, each, with full scholarships: Pratt Institute/Fine Art, The Art Institute of Chicago and The Art Academy in Memphis, which won out (via a cartographical nudge from his dad). He studied under many masters, including the painter Ruscha, who reinforced Jay’s lifelong mantra: “Art must be dealt with—It must invoke an emotion, memory, something. Otherwise, it’s just wallpaper!” In Dallas, photographers David Pond-Smith and Duane Michaels augmented his innate rare vision using process techniques. Pond-Smith introduced Jay to Ansel Adams’ zone system; then introduced Adams to Jay (who took Adams’ last class prior to his death.) Adams’ “no absolute blacks & whites —only lights & darks” has been in this artist’s work ever since, executing three dimensional space (regardless the medium) rarely seen in our time.
Collectors love his work. Worldwide collections exhibit his works side-by-side with Jasper Johns, Jim Dine, Andy Warhol, Robert Rauschenberg, and numerous other important works (including a Winterhalter of Queen Victoria, commissioned by the Queen herself as a wedding present to the first Duke of Westminster). At the Academy, faculty and students both invested in his work—and the collecting hasn’t stopped. In fact, a wealthy New Orleans patron once sent her private 747 to Austin for the sole purpose of retrieving her Jay Worth Allen “Flying Strawberries” Acrylic on canvas (60” x 43”).

— Review(s)—
“Jay Worth Allen is a genius … one is drawn into the depth of his vision … where time and space do not exist … his work is a physical manifestation of the genius that makes up the man: A tangible incarnation of joy and beauty, humor and intensity transporting the viewer into the heart of being, in the moment—where breath has no need, eye needs no interpretation, mind needs no thought. Life. Life personified. That is the work of Jay Worth Allen.”

Miscellaneous Schooling and Apprenticeships:
North Texas State, Memphis College of Art, Southwestern and Dallas Seminaries, Oxford (UK), Ansel Adams, Duane Michales, David Pond Smith, the painter Rosha, plus a bunch of courses and individual studies, which meant more to me than someone reading this stuff.