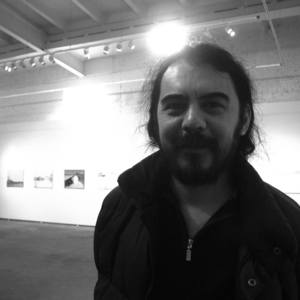 My art is objective art, it comes from spontaneity.
It is not prearranged, preprogrammed, pre-thought. As I start to paint I flow with the colours and I often surprised myself on how I have left myself in the hands of existence.
My creativity comes from my love for life, love for nature; I want to enhance its beauty, add more colour in it.
I use any kind of styles and materials. I don't have any limitations because art is free and cannot be confined.

There is a quote form a great master I respect very much that says: Whatsoever you see creates its echo within you, and in some deep sense you become like that which you see.

I graduated at the Tashkent State Art University in 1998. After university I've been involved in different branches of art: film,photography, design,interior design,wall decor etc. Since 1996 I began painting professionally.