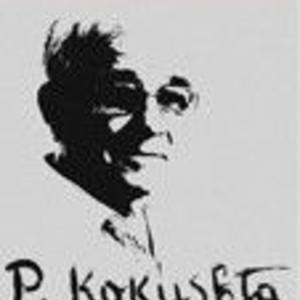 Born in Tirana in 1943. During the years 1957-1962 he studied Painting in the Lyceum of Arts "Jordan Misja" (Tirana). Later, in the years 1964-1969 he graduated the Institute of Arts majoring in “cavalette painting”. Immediately after higher studies, in 1970 he was appointed a lecturer at the Department of Decorative and Monumental Painting at the Institute of Arts until 1987, when he took over as Secretary of the Union of Writers and Artists of Albania in the section of figurative arts.
He participated in almost all the most important exhibits local, national and jubilees, where he also won several honorary awards. He has also participated in several international exhibitions, mainly in the biennials organized before the '90s. Now he is a freelance and exhibits in different activities, especially in the editions of artistic group "November". The creativity of Petro Kokushta captures a good range of genres of painting such as figurative composition, portrait, landscape, etc… Many of his works are found today in the National Gallery of Arts, in district gallery, as well as in private collections and other state institutions.
In view of the elements of the artistic genre, Petro Kokushta has realised a realistic painting, but with permanent demand and trend towards a significant colourist decor, where his colours pallets have brought his paintings a modern status and almost out of strict formal, academic and scholastic norms. However, Kokushta’s thematic paintings can not go outside the framework imposed by the time when he had the most intense, but also qualitative of his creativity.
During the time when he was lecturing at the Institute of Arts, Petro Kokushta’s activity was teaching in fundamental disciplines: painting, drawing and composition, but he also was a lecturer of theory of art, and in other scientific activities related to fine arts and to the teaching process. He was also active in the periodical specialized press of the time, with articles on issues of fine arts in Albania.