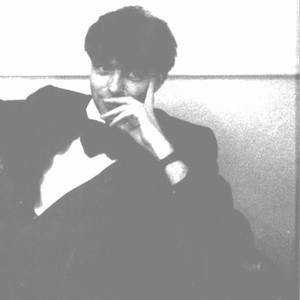 About Malcolm D B Munro

It is possible, though not proven, that abilities of whatever nature, come from our genes, passed on by parents. In my case, my mother. My mother dripped art. Her sister, whom I never met, was a concert pianist though both brothers were engineers as was their father.

My mother lived entirely in the arts world and I grew up in Edinburgh surrounded by artists of all nationalities. I remember visiting one, a painter. Long after my mother had left us, my two brothers and I visited an artist friend of hers. He was as poor as were we and he gave us bread slices covered in sugar. My father, an intellectual and self appointed scholar, had chosen not to work; defeated by the breakdown of his marriage. We went overnight from among the very wealthy in the city into genteel poverty since he had lost his job with the Royal Society of Edinburgh as a result of his withdrawal from the outside world.

This was a peculiar upbringing. What it meant for me is that I could not do anything but choose a career which guaranteed security of employment and income throughout my life. A natural choice was engineering. I spent my life in this career for which I was quite unsuited and quite alien to me but I was good at it, I am tempted to say, very, very good, unfortunately.

Now I have reached a point, with that career behind me, where I can pursue what I love and am good at. Well, better at.

All those years, in every waken hour outside of the demands of the intensity which engineering requires, were spent pursing knowledge and practice of arts; art, literature, theatre and music. At college I hung around with the artists. My fellow engineering students seemed alien beings to me.

I was fortunate indeed to grow up in Edinburgh and one could not wish for a fuller cultural environment. Since my mother was an artist, I was exposed early to the creation of art, both hers and that of her artist friends.

Before coming to this country to join family, I lived in South Africa for a period of years, which has influenced me in ways that are not readily apparent in any of my art works. I think the profundity of influence is due to the particular light that fills the landscapes of that part of the world and the people. There is, too, a deeply felt sense of being connected to the world and to the soil upon which we stand and live. I suspect that the political situation of the time made me aware of power abused to subjugate others and to deny them their freedom. And yet it allowed one to take the freedom to move across the artificial barriers of the time to mix with the great variety of peoples and cultures that inhabit that land.

The drive to pursue the arts as fully as possible has endowed me with a vast knowledge derived from a lifetime of the study of visual and painted forms across the history of art, combined with being steeped in the concomitant forms of other artistic endeavours within each period which gives sense to artistic means of expression as individual artists have striven to capture the sense and meaning of the era in which they lived.

One attempts to put all of this aside as the blank screen, page or canvas is approached, to work freely with the intuited images which tumble out. In my view a work's success lies in its ability to give coherence to these ideas.

The cornucopia of images which fill our lives means that so many influences are present out of which one seeks continually to find one's own voice which is authentic to the artist.

A vocabulary emerges which satisfies one's inclinations and yet provides a freedom to work without being inhibited by what otherwise might be constraining.

Notwithstanding all of this, particular forms and periods impact on this artist such that these become preoccupations which are discernible in the works.

What satisfies is to manipulate this torrent into forms that are simple yet expressive.

The opening and running of a gallery here in Houston, Texas is in the planning stages. The name currently will be malcolmdbmunrofineart Gallery: International Contemporary Fine Arts.

There are no galleries in this city, indeed anywhere with the State of Texas, which offer international fine art at affordable prices. By affordable is meant up to a maximum of 10,000 USD, at least initially.

Many artists now curate their own galleries in addition to being working professional artists and this makes a great deal of sense. As a gallery owner, the artist has access to venues and activities which are denied him is he is working solely on his own. There are fairs throughout the world eager to show the work of new galleries. Then there are online fine art sites access to which are restricted to buyers, curators, corporate art brokers and art galleries.

A well planned gallery showing works which sell and gain a name for the gallery potentially provide the artist with an income source to offset the vagaries of sales of works.

And besides, it will be fun.

Art as a catalyst for change - Against waste in the seas: The Universal Sea: Pure or Plastic?!” Universal Sea, currently

Red 2017 Gallery25N December 8, 2017 safeguarding red plenty, who then is risen, Under a Forest Sky, variations on a theme

July 2017
Invited to submit for The Other Arts Fair, Bristol, UK September, 2018

March 2017
Launched a selection of works on Saatchi Art online gallery. Currently 198 works on the site.