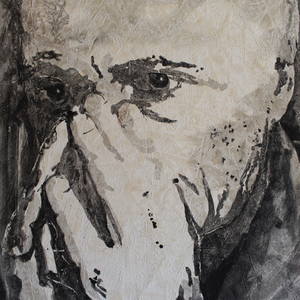 Short history of my long time on Earth

Suddenly I was born. Until now I don’t know for what particular reason. However, right from the beginning I suspected how important an early start in life is. I beat my twin brother by a whole 20 minutes to this World. Even earlier, in the womb of my mother, I knew how to eliminate the competition – I was born one kilogram bigger than my brother. However that wisdom I lost quite early in life.
My father probably realized that nothing will become of his four sons so he left early leaving our mother to tend for us.
My mother - less reasonable – was trying to teach me something – to this day she is trying. It was a futile effort. This effort, by others, was repeated many times in my life. For example: at Warsaw Technical University they were trying to teach me all outdated and useless things in life, like calculus, Newton’s laws, or at Wits University in Johannesburg they made effort to convince me that thermodynamics is bad for the well being of the Universe mainly because heat is dissipating irrevocably – ah, what a hot bag of potatoes! – we all know about global warming.
For lack of any talent whatsoever I enrolled to Wits again to study at the Faculty of Fine Arts. I finished eventually at fifty five years old; under the wings of lesser professors. The gifted ones were teaching “performances”. I must confess again, regardless of their heroic efforts, they taught me nothing either. Maybe even worst, I lost completely my ability to perceive the World as it really is. Instead I see it as an abstractly convoluted conglomeration of unreal and somewhat unconnected blobs, things and events.
Finally to complete my Résumé I will add:
I did not have solo exhibitions at MOMA, TATE or any other Galleries.
My work doesn’t hang at the National Museums of the World.
I am not aware on any following by famous collectors.
Art critics did not notice me either.
I am running out of space to hang my art.