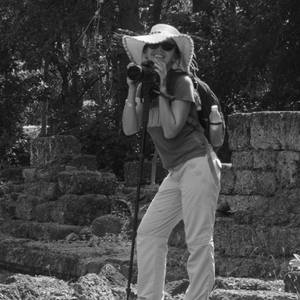 Nilla Sacchetti is a travel photographer and writer from Australia, currently in southern Italy.

Nilla's work captures fragments of reality, which convey a true and raw representation of realism. Interchanging between film and digital mediums, Nilla captures a spectacular vista or an image of poverty that narrates a story without words. A flash is rarely used.

“With only minimal post-production, I am passionate about retaining the moment’s visual integrity, whilst providing evidence of the socio-cultural contradictions surrounding an underdeveloped country.”

Nilla’s work also gained recognition with silver awards from the AIPP (Australian Institute of Professional Photographers), and is displayed in private collections globally.

Nilla's love for photography started as a child and on leaving school, managed a photographic studio for 2 years shooting countless portraits. During this time, Nilla set up her own B&W darkroom at home to develop film and process B&W prints.

"The fascination of prints eventually coming to life in the darkroom, was enough to hook this passion for life - I still use my darkroom".

Packing up her darkroom into storage, Nilla set out solo-travelling around the world for 12 months.

Also working as a professional Technical Writer and a Usability Analyst, it's only in the last 10 years that Nilla has truly dedicated time to photography.

After 30-plus years of travelling, Nilla also built the Image Earth Travel blog to share genuine travel stories and help other travellers, but also to display more photography work. Nilla captures the world with words and lens in this blog: https://imageearthtravel.com/