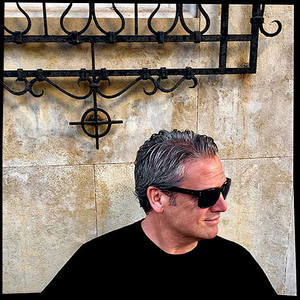 Arthur Steel (my father), now retired, was a renowned Fleet Street Photographer (arthursteel.co.uk) and because of his career I literally grew up surrounded by cameras. From the age of seven I would help him print black and white images in the darkroom. Later on in life I studied Photography for a year at College and became a window cleaner throughout this period to help finance myself. After a fortnight of unpaid work experience I was offered a full time job at London's largest photographic studio, Holborn Studios. I worked there for two years as a studio assistant and then went on to assist as a freelancer for a further eight years travelling extensively around the globe on assignments working with some of the world's leading Photographers. During this time, I mainly assisted Portrait Photographers such as Terry O'Neill and was lucky enough to have personally met and worked with Her Majesty The Queen, Michael Jackson, David Bowie and Elizabeth Taylor, to name a few.

Since then, I've worked as a Freelance Professional Photographer, working closely with advertising agencies, design companies and interior designers.

However, for a number of years I suffered with Atrial Fibrillation and in the summer of 2015 I underwent an invasive heart procedure called a Catheter Ablation in the hope that it would terminate a faulty electrical pathway within the chambers of my heart. I was unable to work for a long time after the procedure. During my recovery period, I had to keep myself mentally stimulated and as I wasn't able to take on any commissions I allocated myself my own photographic projects to accomplish. During this time, whilst shooting the projects, I was admitted into A&E resus on three separate occasion's with a resting heart rate of over 200 beats per minute. On my first visit in November 2015, I was cardioverted by way of an electric shock, which unfortunately was administered incorrectly. I managed to survive this electric shock treatment and continued to work on my projects and underwent my second heart procedure in December 2017.

Through my extreme passion for photography I was able to focus on my projects, giving me good reason to get up every morning and to carry on creating, even though just walking up stairs was a struggle.

Having the freedom to photograph whatever I wanted, with no art direction but my own was exhilarating. I've put a tremendous amount of work into my images and needless to say, they are close to my heart and I hope that they're enjoyed by collector's for many years to come.

Now, I'm fully recovered and I've dedicated all of my photographic works to my interventional cardiac electrophysiologist, Dr. Magdi Saba. My small way of saying thank you for improving the quality of my life, for which I am eternally grateful.