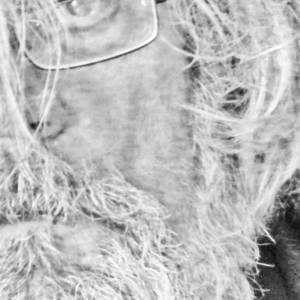 True story. As a child, in the North of England, under the blankets, in the dark, I listened to the Top 30 UK Singles on Radio Luxembourg 208.
The music faded in and out as it beamed over the North Sea, and because of this you often never really heard the whole song. There were gaps where white noise blocked out the music. You had to use your imagination listening to Radio Luxembourg.
Later when I recognised the same song playing on the BBC it had somehow lost something, the uncertainty, the mystery, the potential maybe? The romance was gone, there it was in front of me, fixed, and easy, with no gaps for me to fill in. The BBC's version never quite lived up to expectations.
I try to produce pictures that remind me of listening to Radio Luxembourg.

I also stand by this quote
' An artist cannot speak about his art any more than a plant can discuss horticulture ' .
Jean Cocteau
As quoted in Newsweek (16 May 1955)

BA Film &Photographic Arts Polytechnic of Central London 81 - 84
Then 20 years working as a photographer in central London.
Left the photographic industry in 2002
Began selling my own non-commissioned work 2014