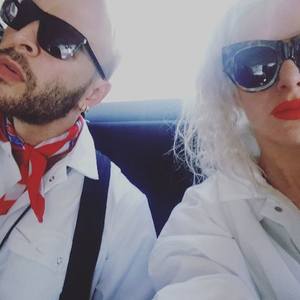 The Sinistry is a collaborative partnership between fashion designer Izzet Ers and fine artist Bert Gilbert. Both Gilbert and Ersare Central St Martins graduates, with collectively 30 years of working experience in luxury fashion and contemporary art.
A collaborative, conceptual, cross-cultural, multi disciplinary art project producing sculptural wearable art pieces, object d’art and installation.
Fearless experimentation with old and new disciplines in art and fashion
Connecting the audience with the art piece as well as the art of making.
nspired by Jungian concepts of psychoanalysis, seeking to explore and represent the union of the male and female; a so called ‘syzygy’ and the resulting alchemy that can be obtained in this union.
Their work explores the use of traditional making techniques within a conceptual framework of contemporary fine art practice.