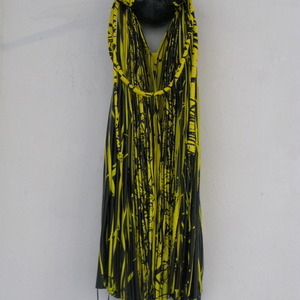 Who is painting? And why does it holler so? How does it operate? And who hears its call?

Something hangs between us on the outside of painting, some thing that is both of painting and beyond it. It hangs in the interval between all that it is and all that it is not, between the finite and the infinite and emerges from the already determined historical context of painting that always prefigures itself. This is the subject of desire that emerges from past incarnations, is situated in the present and continually opens out onto an elsewhere.

This something, this subjectivity desire or excess is not a universal given. It manifests and situates itself at the site of each and every painting anew. Gesture, medium, support and tools are all protagonists here; there is no singular truth to be defined only a multitude of convoluted relationships in continuous motion.

Navigating this painterly terrain has become an increasingly complex process as painting continues to structure and critique itself around that which is already inscribed in its psyche and yet continues to desire that which has yet to be defined.

It is this contradiction within the place of painting that interests me and drives my practice forward. The subjective space that sits between the stability of these traditional conceptualizations of painting and the increasingly hysterical acts that it activates through the gestural in order to continue to affirm itself mobilizes a relentlessly affirmative force-of-thought.

By re- conceptualizing current and historical thinking around the subject of hysteria and painting and re-considering the implications of mark making and gestural determinations within that discourse I hope through my practice to make some sort of analysis of paintings current condition by questioning paintings symbolic title. Lacan identifies hysteria with neurosis. It refers to the gap between the subjects’ direct psychological identity and its symbolic title that is always historically determined.

Henri Bergson’s ideas around intuition as a productive force that occurs only when the present is approached through traditional methods that in reproduction exhaust themselves and are therefore unable to present new concepts of representation is central here. Through emergent and imprecise motions intuition acts by negating the old and resisting the temptations to understand the new in terms of the language and concepts of the old. Philosophy, for Bergson, does not consist in choosing between concepts and in taking sides. These concepts and positions result from the normal or habitual way our intelligence works. Intuition therefore is experiential. Bergsonian intuition consists of entering into the thing, rather than going around it from the outside, a seizing of the self from within.
This is the space I paint in.

The 2014 Threadneedle Prize is shaping up to be the most successful ever! Championing the most exciting figurative art produced in the UK and Europe today, the Prize offers the winning artist a cash award of £20,000, plus the winner’s own exhibition at Mall Galleries in 2015.