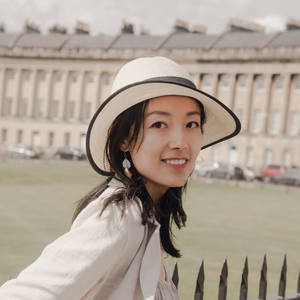 From an early age Wendy's education centred on the visual arts as she developed her foundational skills throughout her school years.

After completing her B.A. in Art & Design in China she continued her studies in the U.K. earning an M.A. in Interactive Media Design while also developing her painting techniques and style.


Shortly after Wendy relocated to Canada, originally lived in Montreal and later Vancouver where she is currently based.


For the past several years her main focus has been establishing her own successful family photography studio in beautiful British Columbia. The excitement and drive felt from developing new and creative photography is what drives her and ultimately reignited the urge to begin painting once again.

Wendy's paintings serve as a creative release, giving a form to her current or desired emotion. When she paints, everything else fades away, feeling energized, time appears to stop until the moment of completion and the painting comes alive.