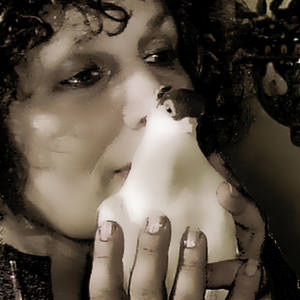 There is an art to seeing. Sometimes the focus is literal; other times it is interpretive.

As a photographer I see the image I'm photographing and then I make it into the image I want. The world is my canvas. Having spent a significant amount of time in India, a country that I love, many of my images were born there. I, then took it upon myself to transform them so that the literal image isn't what the camera saw but rather what my heart saw.

Some of the images are as far east as West Bengal and as far North as Iceland. Many are from my own backyard. My work is more about that transformation and integration than a style or a subject.

Prior to picking up my first digital camera in 2000, I shot mostly slide film. I have over 12,000 slides that I took with Kodachrome 25. When Kodachrome stopped producing it, I switched to Kodachrome 64 and eventually film. I love digital because it affords me an unlimited amount of options.

My Hudson River images are held in a private collection and many of the images of India are held by private collectors in India, most notably Mr. Biki Oberoi, owner of the Oberoi hotels.

I received a PhD from New York University in 1999. My specialty was transgressive literature and photography. Theater Arts was my major for my Master's Degree from Hunter College. I studied photography with Wendy Ewald at Duke University for Documentary Studies, International Center of Photography in Manhattan and at the New School for Social Research.