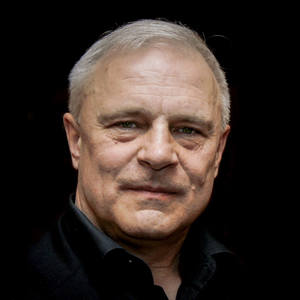 Born in 1951 Moscow, Russia.
Alexey haven’t got a formal education in the fine arts but since the early 1970’s he learnt the style of old icon-painter masters.
His first icon (wood, canvas, gesso, tempera) was created in 1974.
He became a member of the Union of Artists of Russia under the UNESCO International Federation of Artists in 1977
He was honored by being blessed by His Holiness Alexey II the Patriarch of Moscow and all of Russia in January 1995.
Since 1996, he was making the icons in a style of late XVIII-XIX century’s masters. But in 1998 he returned to the creation of icons with white background. For this moment he created more than 500 icons, inclusive of over 25 triptych-icons. His icons look old-time and very similar to the original icons of the 16th century.
Most works are in private collections in Russia, USA and throughout Europe. His works are placed in Churches, Temples and Monasteries also.
The artist-restorer, the member of the Grabar’s Art Conservation Center, Honored Cultured of the Russian Federation, Honored Artist of the Russian Federation, laureate of State prizes, the recognized authotity of the art-restorers world Adolf N. Ovchinnikov says about Alexey's works: “Aleksey Kudlay is the master of popularization of the ancient Russian art who adds his author’s elements there and brings this culture in the everyday life of Russian people.”
Another famous restorer, the Chairman of the Collectors’ club of the Russian Cultural Foundation, Honored Cultured of Russia, academician of the Russian Academy of Natural Sciences (RANS), holder of the order of Holy Prince Daniel of Moscow Saveliy V. Yamshikov wrote:
“Dear Aleksey, I used to send introductory articles to the previous catalogues of the icons painted by you. I am not in the habit of making a formal reply just for my friends’ pleasure; still then, I could see not only broken concepts in your creative work but sincere effort and purity of spiritual thought in icon painting. I did not accept totally everything that you used to do in your early creative period, but your hankering after the work in this gracious field promised fruitful and mature results. As soon as I got in touch with you closer, I saw your commitment to everything related to Russian icon, and what a good listener you were trying not to miss a word from your companion’s speech, not to miss anything which could help you in your future work; day by day I was becoming more convinced of your sincerity and love which were also presented in your work. … Today, dear Aleksey, I can say wholeheartedly that I fond of your icons because of your genuine devotion to your god-given work, for humbleness and sincerity of your festive painterly thought. … Faith and hardworking are always with you, and they are the main guarantee of fruitful creation. God help you in your hard but noble and joyous labor.”
The letters of gratitude from: George Herbert Walker Bush, White House, 1993, William Jefferson “Bill” Clinton, White House, 1995, His Holiness Pope John Paul II, Vatican, 1995, Al Gore, Washington, US, 1996, Juan Antonio Samaranch, The International Olympic Committee (IOC), Lausanne, Switzerland, 1996, Federico Mayor, The United Nations Education, Scientific and Cultural Organization (UNESCO), Paris, France, 1996, Mary Francis, The Buckingham Palace, 1996, and many others.